M. Roncevic coach of Team Croatia 1996 during memorial game between EX-National teams of Slovenia and Croatia that played at Summer Olympics games Sydney 2000 as a tribute to former Slovenian and Croatian handball player Iztok Puc. He was one of the world's top handball players of the 1980s and 1990s. He died of leukemia on October 20, 2011 during treatment in USA, 46-years old. The humanitarian event was held on November 5, 2011 in Arena Zlatorog, Celje, Slovenia. (Photo by Urban Urbanc / Sportida Photo Agency) 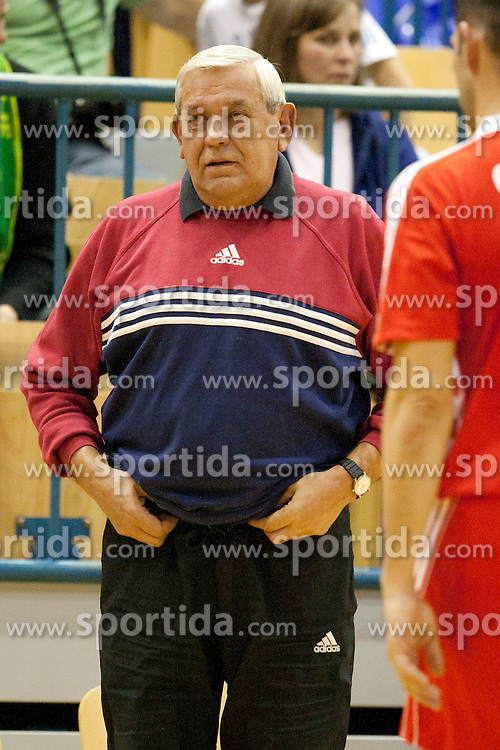